Part II: A Merger and a Payoff Worth Millions. Who knew what, when? The clock is ticking while the SEC continues to sit on a mountain of evidence.

The fact that Carl Brizzi also accumulated what appear to be a million shares of an alleged boiler room stock, Red Rock Pictures, is also causing observers to jump to reasonable conclusions and raise more questions.  Daniel Laikin, brother to the CEO of Brightpoint, was charged with illegally manipulating the stock, which casts a darker shadow on an already murky set of circumstances.

As reported in Part One of this series, Laikin is currently serving prison time for his attempts to illegally pump up the price of stock in National Lampoon, where he and Tim Durham stood to make millions of dollars in profit had the manipulation attempts been successful.

The original charges were for the National Lampoon and Red Rock Pictures schemes; however, the charges stemming from the Red Rock involvement were dropped in return for Laikin's guilty plea on National Lampoon.

"On December 15, 2008, the grand jury returned an indictment charging defendant
Daniel Laikin with conspiracy and securities fraud, in violation of 18 U.S.C. §371, 15 U.S.C.
§§ 78j(b) and 78ff, and 17 C.F.R. § 240.10b-5, for his role in a scheme to illegally manipulate
the stock price of National Lampoon, Inc. (“National Lampoon”). The defendant has agreed to
plead guilty pursuant to plea agreement with the government and is scheduled for a change of
plea hearing on November 23, 2009 at 12:00 p.m.," read a portion of the official record submitted by U.S. Attorney Michael Levy.

A Merger and a Potential Payoff Worth Millions

According to inside sources, when Bell Atlantic merged with GTE and the company became known as Verizon, some of the accounting records reportedly did not merge correctly, leaving millions of dollars owed by Cellstar to the former Bell Atlantic and carried forward, still owing, to the newly formed Verizon.    Cellstar had a contract to deliver their phones in the cut-throat cell phone marketplace where Nokia giant was distributed by Brightpoint, a Cellstar competitor.

Verizon officials were allegedly unaware of the fact that millions of dollars reportedly owed to them remained in Cellstar's accounting system.

According to an inside source, they also didn't know that a concerned Cellstar auditor reportedly warned company executives that the money legally belonged to Verizon and later resigned when company officials did not heed his warnings to pay the money to its rightful owner.

Since the money was never reportedly transferred to its rightful owner, the statute of limitations for Verizon to make a claim for it was ticking away, leaving others to potentially reap the benefits of the multi-million dollar windfall. 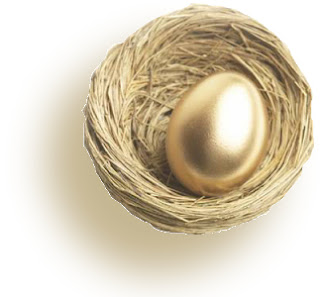 Who else knew about the money, and did the sudden interest in Cellstar, the company that was sitting on a secret golden goose egg, have anything to do with inside information that few people reportedly knew about?

Did Tim Durham or Carl Brizzi know about the uncollected money that was never paid to Verizon? If so, it would make sense why Brizzi still reportedly holds the stock since Cellstar was supposed to be in dissolution and distributing remaining funds to shareholders.

And why did Brightpoint, after its due diligence, significantly reduce its purchase price of Cellstar from its original offer and leave these millions of dollars of cash at Cellstar?

After Brightpoint reportedly revised its final purchase terms of Cellstar, significantly reducing the cash paid to Cellstar, Durham solicited Cellstar shareholders to vote for him to run the board so he could “maximize” shareholder distributions in the dissolution of the company.

When the plan of liquidation was announced, Cellstar had anticipated net proceeds to shareholders of $2.91-$3.25/share.

Instead, after Durham was elected in 2007, only two dividends were issued -- $1.50/share that had already been announced and a second dividend for .60/share, for a total of $2.10 a share.  Shareholders were then reportedly told that outstanding liabilities had to be paid and no more distributions could be assured.

Insiders are speculating whether or not Durham could have possibly known that the statute of limitations for Verizon to collect this debt had expired by summer 2008; otherwise, he would have likely never transferred cash from Cellstar some are speculating, which was allegedly now carried on the balance sheet as a "liability" under the accounts payable section (with no reference to Verizon or any vendor), over to Fair Finance, which thanks to Greg Andrews of the Indianapolis Business Journal, has led to the public disclosure of what appears to be a large Ponzi scheme.

After all, if an actual "liability" had existed as was reflected on the Cellstar balance sheet, why didn't Durham just direct that the bill be paid in accordance with the plan of dissolution and wind down of Cellstar?  It's an issue that certainly should be investigated by the SEC.

Durham’s only other stock success appears to have been his spectacular timing of accumulating Brightpoint shares, which reportedly went from 35 cents to $40 twice in a short two year period, returning an astounding 8,000%, which is almost unheard of in the stock market industry.

Critics have speculated that the stock may have been artificially pumped up to make it appear that the company was doing better than it actually was in reality, which would be illegal. And Ohio Department of Securities disclosures show Durham submitted a document on the eve of the FBI raid reflecting a co-mingled account in Durham's name containing 210,000 shares of Brightpoint stock belonging to Daniel Laikin, the brother of Brightpoint CEO Robert Laikin.  Daniel, who like Carl Brizzi, was not listed as part of the "investor group" as required in Durham's 13D disclosure.

Where Will All This Lead?

These are only a few of the details that led an attentive whistleblower to evidence of an alleged Ponzi scheme that is currently the subject of an FBI investigation, but who knew it would have been the catalyst in uncovering information that led to new allegations?

Tim Durham, the man who appears to be living a life of luxury at the expense of Fair Finance investors, has yet to be charged while the victims of his alleged Ponzi scheme are still waiting for justice to prevail.

And the SEC, despite multiple sources providing information regarding trades involving allegations of insider trading, is literally almost out of time to file this case despite what appears to be overwhelmingly spectacular "luck" by Durham and Brizzi on their timing and massive bets on Cellstar.

Complaints to the SEC can be filed at this link.
Posted by Diana Vice at 8:04 PM

Heck, the FBI can't even manage to interview Dan, Tom's landlord in LA, to find out what checking account his $28,000 monthly rent is coming from.

I am trying to understand which is a bigger crime, stealing hundreds of millions of dollars, insider trading, throwing Tom Harcharik--an innocent man--under the bus and letting him take the fall for securities crimes, or being the federal employee (SEC and FBI) who has been literally spoonfed threeassive black and white cases involving the same cast of clowns and doing nothing?

Why are the SEC, NASD, and the Indiana Securities Division letting this go on for so long? Has this trio of (what appears to be) corrupt individuals been able to buy-off all of the regulatory agencies?

This is an age when stockbrokers and securities analysts are fined and go to jail for obscure reasons not understood by the public. However, a Grand Jury of any twelve citizens would see through the scam of insider corruption demonstrated above.

Are they simply too big and too well connected to be held responsible?

Will our new Secretary of State, Charlie White, have big enough britches to have his Securities Commissioner take these guys to the woodshed?

What is "Hoosier Leaks"?

Good questions, Anon. We can see what Charlie White is made of.